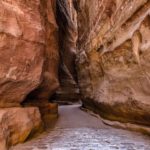 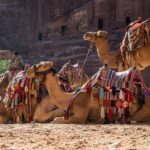 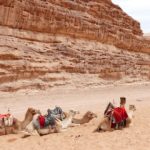 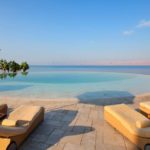 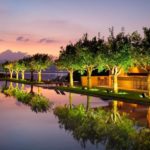 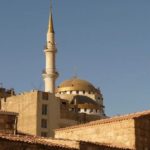 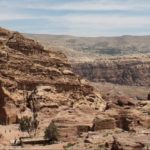 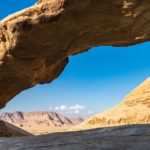 JORDAN AND PETRA: WONDERS OF THE DESERT 2022(REPLACEMENT FOR POSTPONED 2021 TRIP)

Experience the best of Jordan with Brand g Vacations. Witness the ancient ruins of Jerash; the historic Biblical sites of Bethany and Mt. Nebo; cross Wadi Rum by 4×4; explore fascinating Petra; and relax in the restorative, mineral-rich Dead Sea.

The Hashemite Kingdom of Jordan, which once captivated ancient travelers, continues to enthrall as a modern, vibrant nation. From the haunting, primeval starkness of Wadi Rum, to the teeming center of urban Amman, from the majestic ruins of bygone civilizations to the timeless splendor of the Dead Sea.

Our tour begins in Amman, a fascinating city of contrasts – a unique blend of old and new, whose people are multi-cultural, multi-denominational, well-educated and extremely hospitable. Witness the ancient city of Jerash, which boasts an unbroken chain of human occupation dating back more than 6,500 years.

Marvel at the rose-red city of Petra, one of the greatest wonders ever wrought by Nature and Man. Traverse Wadi Rum, a stupendous, timeless place, virtually untouched by humanity and its destructive forces. Journey to the lowest point on the face of the earth, the Dead Sea which flanked by mountains to the east and the rolling hills of Jerusalem to the west, give it an almost otherworldly beauty.

Fairmont Amman is a five-star luxury hotel with a prestigious address next to the Fifth Circle of Amman, centrally located within walking distance of the city’s most affluent neighborhoods of Abdoun and the adjacent diplomatic area. The hotel offers 4 unique dining choices, a fitness center, spa, concierge services and business center.

The defining characteristics of the Fairmont guest room is its spaciousness, modern luxury and well-thought-out design. The guest room spans a total of 452 square feet of tranquil space with massive windows, showcasing a stunning view of the city landscape. With ultra-comfortable beds and bespoke mattresses, the room also includes contemporary furnishing, Nespresso machines within a premium Refreshment Center, a marble bathroom with separate rain shower and bath tub. A large work desk, high speed Internet connection, interactive 43″ flat screen television, and media panels are also available to provide each guest a luxurious and comfortable stay experience.

Embracing traditional hospitality and overlooking Jordan’s timeless wonder, the Petra Marriott Hotel offers anticipatory & traditional service designed to exceed all expectations and is a haven for comfort and luxury. Almost all the spacious rooms have spectacular views of the valley. There are several culinary choices such as Dushara Restaurant where you can start your day with an elaborate breakfast buffet or enjoy Middle Eastern specialties for lunch or dinner and L’Affresco, the Italian restaurant where you can feast on homemade pizza and pasta. For relaxation, you can enjoy a work out in the gym or rejuvenate your body with a Turkish bath, sauna or massage.

Situated on the edge of the famous salt lake, 1,400 feet below sea level and close to Jordan’s top attractions, Kempinski Hotel Ishtar Dead Sea is a brilliant ode to the hanging gardens of Babel, featuring a private sandy beach and a 5-star spa that provides luxury experiences infused with Dead Sea rich minerals. Culinary possibilities are endless with the ever-popular Ashur Italian Restaurant. The Obelisk prepares the freshest ingredients from around the world presented beautifully in an amazing buffet. Akkad Pool & Grill Restaurant leaves you amazed by the renowned infinity pool.

Each room is equipped with a spacious bathroom featuring a separate tub and walk in shower, and a balcony or terrace to take in the magnificent views. They also feature in-room coffee/tea and free wi-fi.

This incredible adventure has no adds on.

Arrival: You should schedule your flights to arrive to Amman, Jordan (AMM) by February 23, 2021. The first scheduled activity will be an evening welcome reception and dinner at the hotel around 5:30pm.

Departure: To coordinate with the Egypt program, you should plan to fly home from Cairo (CAI) at anytime on the 8th of March, 2021. Hotel check-out time is at 11:00am.

Arrive in Amman, where our Brand g representatives will meet you and transfer you to your luxurious hotel, the Fairmont Amman. Tonight, enjoy a welcome dinner at the hotel.

After breakfast at the hotel, we’ll drive to Jerash, a third-century city decimated by invasion and earthquake, often called “The Pompeii of the Middle East.” Explore the massive ruins, which are spread over a large area crisscrossed by colonnaded streets. The pavement still shows the grooves of chariot wheels. Afterwards, we’ll enjoy a delicious local lunch nearby before returning to Amman.

Back in Amman we visit the Citadel, offering commanding views of the city. With evidence of occupation since neolithic times it is considered to be among the world’s oldest continuously inhabited places. On our way back to the Fairmont Hotel, our local guide will point out other important landmarks.

After some time to relax and refresh, we’ll enjoy dinner at a restaurant situated in one of Jordan’s prime ministers beautiful former residence.

Our full-day tour begins after breakfast and check-out from the Fairmont Hotel. The first stop on our journey is the UNESCO World Heritage Site of Bethany, the site which is believed to be the location where Jesus of Nazareth was baptized by John the Baptist. It features Roman and Byzantine remains including churches and chapels, a monastery, and pools in which baptisms were celebrated.

Next we drive to Mount Nebo, where the Bible says Moses glimpsed the Promised Land — which he would never enter. It is here that he spent his final days. Follow mountain-fringed King’s Highway through the beautiful Gorge of Amman to Madaba.

After lunch, we see Madaba’s sixth-century mosaic map of Jerusalem and the Holy Land; comprised of two million pieces of colored stone, it depicts villages as far away as the Nile delta. Visit the Madaba School of Mosaic, dedicated to preserving and restoring the ancient mosaics found throughout Jordan, especially on the Madaba Plateau.

From here we continue to Petra and check in to the Marriott Hotel. Tonight, we enjoy dinner together at the hotel.

After a nourishing breakfast at the hotel, we spend a full day exploring the “Rose-Red City” of Petra, a UNESCO World Heritage Site sculpted from a mountain range by the Nabataeans in the third century BC. Visit the Temple of Winged Lions, the Corinthian Tomb and the Palace Tomb. Other major sites include the Treasury, the baths, markets and storerooms.

You’ll have time for lunch before some time to continue exploring this magnificent site at your leisure. Perhaps take a hike to the Monastery, which boasts incredible views of the rose-red canyons below.

Later, return to the Marriott for some time to refresh before another festive included dinner.

This morning following breakfast, we drive to Wadi Rum, a striking desert-scape also known as the “Valley of the Moon.” Traverse the desert by 4×4 in the place where Prince Faisal Bin Hussein and T.E. Lawrence based their headquarters during the Arab Revolt against the Ottomans in World War I, their exploits intrinsically woven into the history of this amazing area. See the Seven Pillars of Wisdom along with many other interesting sites.

Next, we venture on to Aqaba, where we’ll enjoy a delicious fresh seafood lunch on the shores of the Red Sea. After, we continue our journey on the Desert Highway, reaching the scenic shores of the Dead Sea around sunset. After a few breathtaking photo stops, we check in to the beautiful Kempinski Ishtar Resort for dinner and a restful night complete with incredible views over the sea.

Enjoy your morning with a leisurely breakfast, then take advantage of the spa or take a mud bath and float in the buoyant, mineral-rich waters of the Dead Sea.

At check-out time, we make the short journey back to Amman’s Queen Alia International Airport for your flight home.

You can check prices and availavility HERE.

First Class Service From the moment we choose a trip to the time we return home, the experience and service far exceeds our expectations.  One trip specifically that was hands down over the top, was our trip, organized and run by Concierge Travel; the Galápagos Islands.  It was almost 2 years in the planning and the experience ended up being 3 weeks from take-off to landing. From excursions and meals, to accommodations... Read More »

From the moment we choose a trip to the time we return home, the experience and service far exceeds our expectations.  One trip specifically that was hands down over the top, was our trip, organized and run by Concierge Travel; the Galápagos Islands.  It was almost 2 years in the planning and the experience ended up being 3 weeks from take-off to landing. From excursions and meals, to accommodations and recommendations, perfection is the word we would use.  If you are looking for a team of folks to provide first class service from the start, there is no one better than Concierge Travel.  We have traveled the world with them for the past 16 years and have never regretted a single moment!!

Creating customized tours for the LGBT community since 1997.
Discover More >