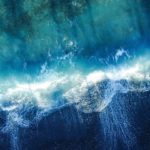 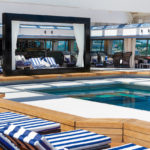 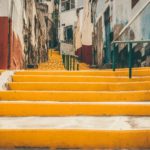 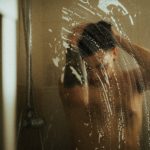 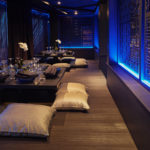 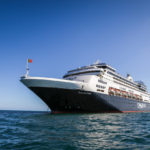 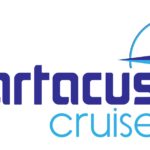 Take a journey to the charming Canary Islands with Spartacus Cruise. Touted as having the best climate in the world, you’ll be in the islands of eternal springtime. Come experience for yourself.

Spartacus Cruise will take place from February 8-18, 2022 (11 Days) around the heavenly Canary Islands. With temperatures above 70 degrees and eight hours of sunshine a day, you can leave winter behind and recharge your batteries.

The cruise will be organized with no social distancing efforts as every guest must be vaccinated.

In 2019, Vasco da Gama, formerly operating as Pacific Eden, returned to her old home in Europe, where she was commissioned as Statendam by Holland-America Line in 1993. In 2015, the ship was sold to P&O Cruises Australia and renamed Pacific Eden. Since summer 2021, it has been operated as Vasco da Gama by Nicko Cruises. Of the total of 630 cabins and suites between 16 and 102 m² in size, only 129 are inward-facing, all the others are outside cabins, 150 of which have balconies.

The choice of restaurant is also excellent. The Vasco da Gama trumps with three à la carte restaurants. In particular, the Asian-oriented “Dragon Lady” convinces with its special attention to detail, such as authentic Japanese tables at floor level. The buffet restaurant “Pantry” also stands out conceptually. It is more reminiscent of a food court that combines different styles at different stations: these include a Mexican, an Indian, an Asian and a garden bar with salads, as well as a sweet shop for desserts and a meat grill. This conceptual approach also extends to the numerous bars and culminates in the all-round glass viewing lounge “The Dome”.

The shipping company recently equipped the diesel engines of the Vasco da Gama with a new fuel system. Currently, a distinction is made between heavy fuel oil, which is still used in almost all ships for refueling and Marine Gas Oil. Nicko Cruises is the fourth operator worldwide to have converted its propulsion system to Marine Gas Oil. The ship also has a urea-water-based nitrogen oxide catalytic converter. In addition, a new wastewater system was installed on the ship, which reduces suspended matter to zero without the use of chemicals.

Flights from the west coast with One World partner Iberia are starting with $400 return. There is an surcharge of only 30% for a single use in all cabin categories. All prices are final. No extra fees or gratuities.

In addition to the ship’s international on-board programme, Spartacus Cruise will once again feature numerous artists from the queer community. The agenda also includes numerous poolside theme parties such as “White”, “Wig” or “Kinky”, where there are no limits to the creativity of the outfits. The popular Pool Games with the election of “Mr Cruise” will definitely not be missing either and all guests are invited again to individualise their doors, with prizes for the craziest idea. The artists include Joel von Lerber, who will accompany the guests at the Tea Times with his harp programme ranging from classical to pop. DJ & producer Chris Bekker is one of the Berlin export hits of the electronic gay and straight scene worldwide. Since 2013, he has been working together with music pioneer and producer legend Paul van Dyk, on whose label VANDIT Rec his releases appear. Chris is a La Demence cruise resident. Edson Cordeiro looks back on an international career of over 25 years. In his native Brazil, he is one of the most popular and famous performers. He has sung in the most important concert halls in Europe and has received several gold CDs. He received his Latin Grammy nomination for a pure classical album with countertenor repertoire “Contratenor”. The entertainer is famous for his 4-octave voice as well as his musical and interpretational transformability.

Enhance the Experience We have been booking with Concierge Travel for many years. They provide access to all of the Gay Travel products available and are able to provide advice on which type of travel or specific trips will meet our needs. Concierge team members often join us on the trip and provide a few little extras to enhance the experience. We would never consider using anyone else.

We have been booking with Concierge Travel for many years. They provide access to all of the Gay Travel products available and are able to provide advice on which type of travel or specific trips will meet our needs. Concierge team members often join us on the trip and provide a few little extras to enhance the experience. We would never consider using anyone else.

Creating customized tours for the LGBT community since 1997.
Discover More >